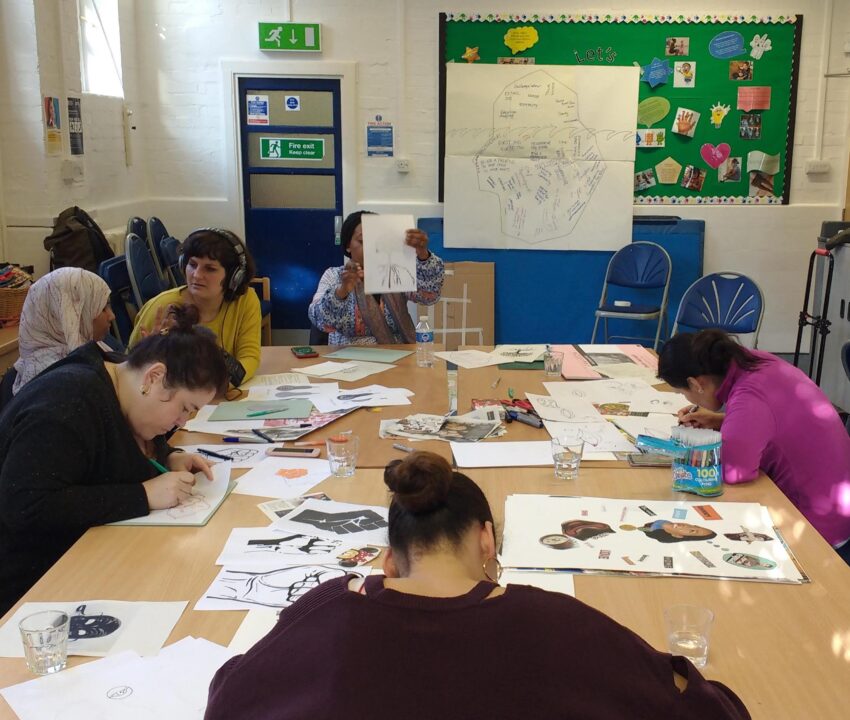 Courtesy of the Alternative School of Economics

Led by the Alternative School of Economics (Ruth Beale and Amy Feneck) and focusing around their recent podcast series True Currency: About Feminist Economics, the study morning will use audio extracts & transcripts from the series to explore key ideas in relation to Feminist Economics such as unpaid care, the potential of temporalities that sit alongside capitalist time, and how these might interrupt and challenge the institutions, language and systems of our current economic model. Centring on an interview with Lisa Baraitser, Professor of Psychosocial Theory at Birbeck University of London, we will discuss and unpick ideas about maternal time in relation to care, work, value and gender roles.

The study morning will include a presentation by Ruth & Amy about their work, collective listening and discussion, and end with responses from Kathrin Bentele, Ann-Kathrin Eickhoff & Lucie Kolb.

The Alternative School of Economics is a collaboration between artists Ruth Beale and Amy Feneck, initiated in 2012. As an ‘alternative school’, they link artists’ practice with self-education as a way to study economics and economies. They are interested in reciprocal modes of learning and making, and their projects with communities create a framework for investigating political, social and cultural issues. They use diverse and creative methodologies, and collaborate with experts from a variety of disciplines, from sociologists to writers, to produce film, graphics, photography, texts and clothing, as forms of activation, dissemination and reflection. Current projects include The End of the Present, a residency and online events programme with Arts Catalyst (London & Sheffield), and Rabbits Road Institute Library on tour, a community collection of books currently being hosted virtually in Barking & Dagenham, London.

True Currency: About Feminist Economics is a 6 part podcast by The Alternative School of Economics (artists Ruth Beale and Amy Feneck) who draw on their experiences as artists and mothers, and speak to academic researchers, policy experts, community leaders and activists, to explore financial inequality, feminism, intersectionality, labour exploitation, unpaid work, care, unionisation and reproductive labour. The podcast is produced in collaboration with Lucia Scazzocchio from Social Broadcasts. Commissioned by Gasworks, supported by The Paul Hamlyn Foundation and Arts Council England. 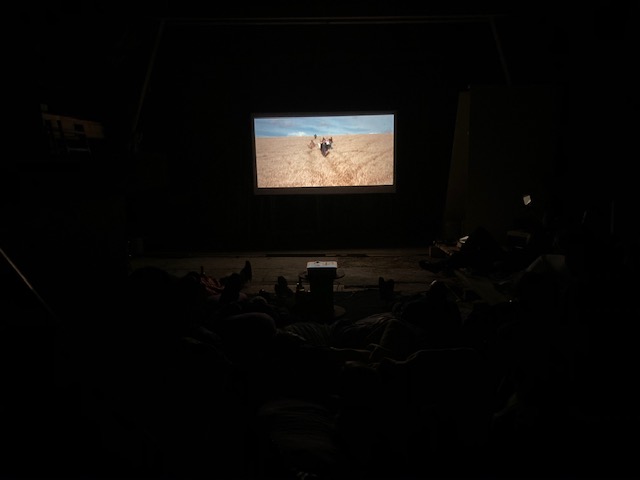 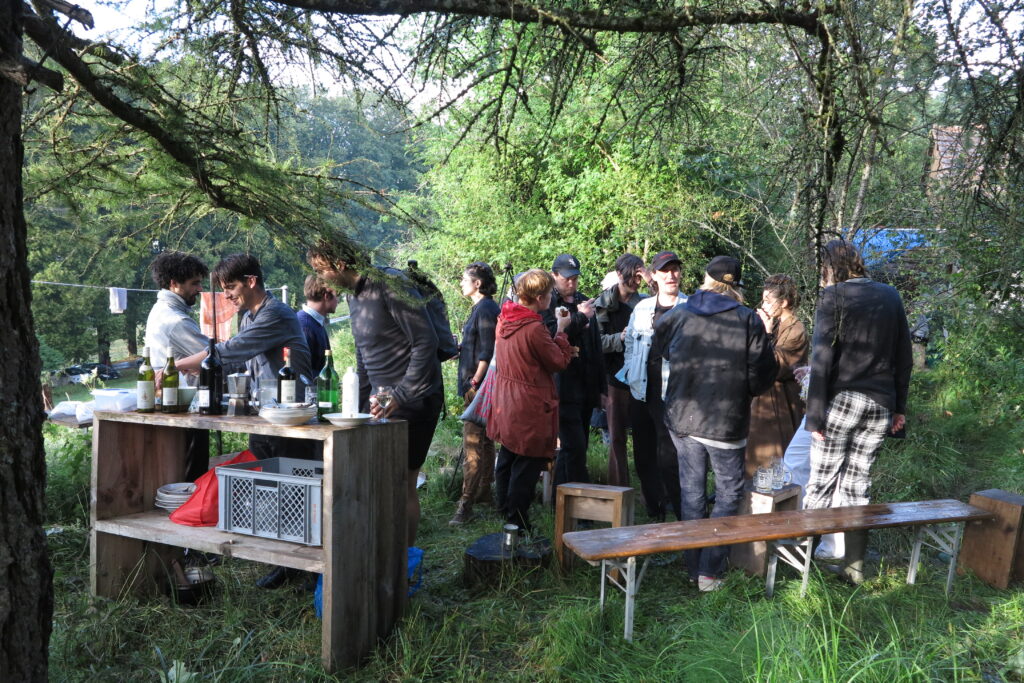 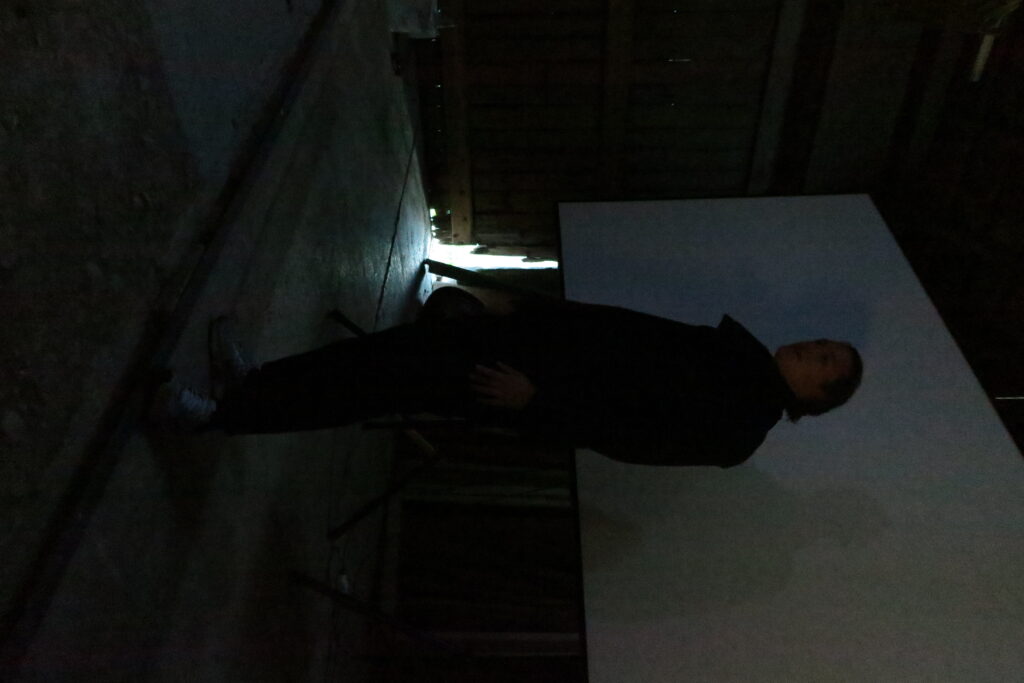 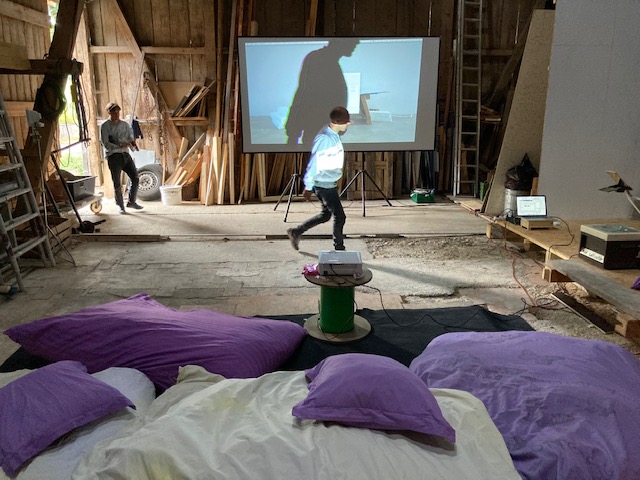 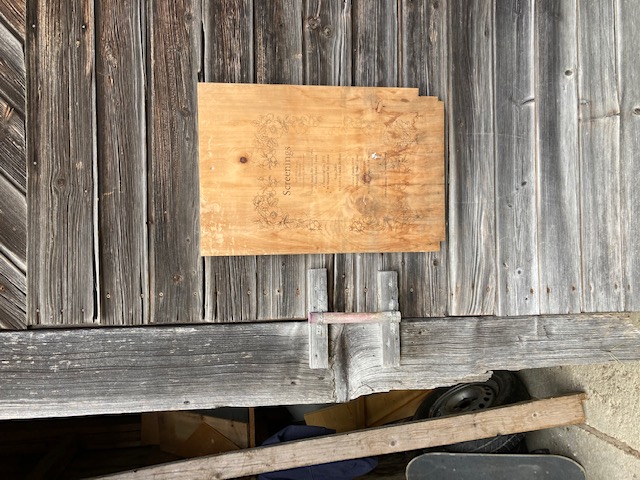 Growing up and all that goes with it: this programme of British films directed by women artists revolves around intimate portraits of a girl, a boy, a young mother, an old mother; with Margaret Tait’s Garden Pieces acting as a kind of poetic stand in for the confusing and often contrasting moods that come with such intimacies.

In Sarah Turner’s Sheller Shares Her Secret (1994), a mischievous act of revenge means a girl can outplay her parents. And though she nearly gives herself away by doing the washing up before she is asked to, her feeling bad for what she did goes unnoticed for the time being. In her early film Portrait of Ga (1952), Scottish filmmaker Margaret Tait films her mother and tells of her personal history growing up in the remote islands of Orkney off the north coast of Scotland. The young mother in Wasp (2003) is determined to rekindle an old flame without the struggle of her present reality as a single mum catching up with her. And in Lynne Ramsay’s coming-of-age film Ratcatcher (1999), the 12-year-old James tries to come to terms with feelings of guilt, all the while waiting to be re-housed from a rat-infested housing scheme in seventies Glasgow.

As much as they are hopeful these films are also bleak. Acts of frustration, of enclosure, too little money, too much pressure – the emotional dilemmas and the realism with which they are portrayed hit hard though they are always also steeped in affection. The teenager might escape in his own world for a while, keep that secret safe, but breaking out means ultimately having to come-of-age. The ways these films speak of the immediate surroundings of their protagonists is also a way of understanding their psyches, and vice-versa.

Imagining what a certain countryside could look like before you’ve even been there; what’s more, having quite specific associations with the images in your head: I’d already painted a picture of Saint-Imier, the place where the screening is to be held, and put together a programme based on this picture. In a way, I’d already laid out filmic scenes before me – picturesque scenery is a good setting to fill not only with others’ feelings but also your own. In my initial longing to get back to when and where I grew up, a strange glitch became interesting: the overlap of watching a specific landscape on screen, watching it sitting in another.

Sarah Turner (*1967), artist, filmmaker, writer and curator, studied with feminist film pioneers such as Lis Rhodes and was involved in the women’s film distribution organisation Circles, which later became Cinenova. Her often nonlinear storytelling methods recount narratives around home and belonging, and the fact that, as she says in an interview: “Everyone’s history is also the fantasy of their history”.

Margaret Tait (1918-1999) frequently shot films inspired by the landscape and culture of Orkney in Scotland, where she grew up. She collaborated with the composer John Gray (for Garden Pieces) and often hand-drew animated sequences. In 1970, Tait was shown at the Edinburgh International Film Festival, after which her work became more widely seen. Tait also wrote poetry and stories.

Lynne Ramsay’s (*1969) films deal with difficult themes of grief, guilt and anxiety, her protagonists are often children and young people. Ramsay works with a mix of professional and non-professional actors, and she uses vivid and charged detail shots rather than dialogue to carry plot.

Andrea Arnold (*1961) is known for her raw and shrill social realism. She directed Fish Tank in 2009, an adaption of Emily Brontë’s Wuthering Heightsin 2011 as well as directing several episodes of the series Transparent and Big Little Lies. Her short film Wasp is based on her own biography and growing up on a council estate with three other siblings.